Book your next party, event, performanace, or stay at the park with us.  Just choose your booking type below to submit your booking inquiry and we will get back to you shortly.

With our fun birthday party packages, we take care of the planning and logistics so you can enjoy a memorable and stress-free day. Contact us right away to reserve your party this summer! We are booking up fast!

Scheduled on a first-come, first-served basis

Come Hang Out With Us. We Have Loads of Fun In Store For You! 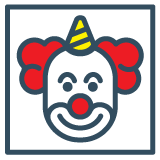 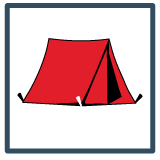 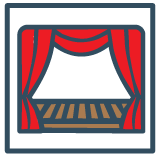 Music on the Beach 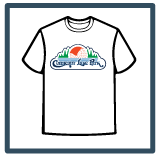 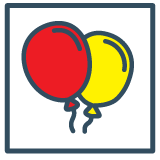 13 Levels of Fear. More horror than anyone can stand. over 2 hours to make it through if you can. The haunted amusement park has exploded into 13 levels of fear. much more terror than ever before. Ambulances will be on hand for the faint of heart. Check with your psychiatrist before you dare the 13 levels of fear. Chicken out spots are not an option.

Formed in 2014, Ben Allen Band has been bringing a rockin country good time to stages all over the country ever since!

Based in Southwest Florida, Ben and the band have played around 120 shows each year. During the covid pandemic (2020) Ben was fortunate enough to be on NBC’s “The Voice” where he was a part of not only Blake Shelton’s team but Gwen Stefani as well! Ben went on to finish in 6th place overall out of 40,000 people who applied for the show that season.

Ben and the band then went on to sell out Hertz Arena in the first Arena concert after the pandemic anywhere in the nation.

Today Ben and the boys can be found playing all over the U.S. in addition to small stages such as the one at “Ben Allen’s Backyard Grill & Pub” in Naples, Florida.

Get Tickets while they last…
Purchase online at www.backyardbashcarclub.com/shop-concert-tickets-ben-allen-band-conneaut-lake-pa-july-2021/

or at the venue entrance

Alex Kates
Alex Kates guitarist-Singer song writer from Jamestown,NY After 25 years of guitar playing, performing and songwriting his style has developed into a blues folk,jazz rock infused blend of his own.Alex started his musical journey as a street performer on the west coast along with playing many, venues, clubs and festivals in the northeast., Alex has opened for Rusted Root, The Spin Doctors and has set his path on playing as Alex Kates Duo with Danny Shanahan on Harmonica. The blend is acoustic with an electric feel. Alex Kates Duo performs Classic blues rock covers and catchy originals, you won’t be disappointed.
Derek Davis

Derek Derek hales from western NY and has performed for well over 20 years. Derek has toured in New York State, Pennsylvania,Ohio, South Carolina, Georgia and Florida. Opening for Three Dog Night, KC and the Sunshine Band, and Chris Higbee to name a few. In 2020 Derek joined up with long time friend Robert L. Gilbert Jr. on percussion and the magic of this duo was complete. Derek Davis Duo performs new country,old country, 90’s and classic rock. Donot miss this power duo as they deliver to the masses.

The Boys are Back
The Riffriders
The RiffRiders bring their raw, guitar driven style of blues/rock to every stage. A gritty, blue-collar band from Erie, PA. They’ve played their tough brand of blues throughout northwestern Pennsylvania, Ohio, and New York. Their lineup includes Amy Shallenberger on vocals and rhythm guitar, Sean Seth on rhythm, lead and cigar box guitars, Dan Beggs on keyboards, David Syrotiak on Fender bass and Joe Caprara on drums.
Rick Magee and the Roadhouse Rockers

Rick Magee and the Roadhouse Rockers is a nationally recognized 3-piece Southern Rock and Blues band with more than 30 years of headline experience, performing with some of the best-known entertainers in the music industry.

Locally, The Roadhouse Rockers is a favorite at large sponsored events, such as Erie’s Roar on the Shore, Meadville’s Thunder in the City, Erie’s 8 Great Tuesdays, Erie’s Celebrate Erie event, many rib fests, fundraisers, and so much more.

Jimi Hendrix is by far the biggest influence on Rick Magee’s guitar style.  In 1996 and 1999, Rick was a top finalist in the Jimi Hendrix Electric Guitar Competition.  He continues to be regarded as one of the finest guitarists of today.  With Big Dave and Gypsy’s powerful bass and drums, the band covers many of the Jimi Hendrix Experiences’ songs including Voodoo Chile (Slight Return), Red House, Fire, and Little Wing, just to name a few.

Curtis and the Shakerz
Curtis and the SHAKERZ from Monroeville, Pa. A working high-energy blues and boogie band that is exciting and engaging to see LIVE.
CATS Perform all around the Pittsburgh Area, hear their original music on YouTube, Spotify, and more. Their soaring blues covers along with a stage chemistry will get ya ROARING.

“he’s been doin’ it for over 50 years, he’s the uncrowned king of Pittsburgh rock n’ roll”

Re•Issue is recognized as one of the top power trios in western PA/eastern OH.  Re•Issue plays Roots-Rock-Americana-with an EDGE.  From Beatles to Beck, Eilish/Adele/Winehouse to Mayer, SRV to Zeppelin…all with the Re•Issue EDGE.  The energy from the Band engages the audience for a magical experience.  Re•Issue and Conneaut Lake Park, what a great combination!

Admission is 5.00   Parking is free,  Kids Under 11 are free!  Access to the Park is free for the event. vehicle registration is $10 (driver gets free admission),  Register your car, sign up for sponsorship, vendor signups, get Concert Tickets, and info about Raffles…

Visit our event website at www.backyardbashcarclub.com for more info

Together with Terry McDonald on bass, and the energetic and versatile Steve McMurray on drums, Max
will play some hot Chicago Blues, some of his originals and many other fan favorites. You never know
what song he will pull out next, but one thing is for certain – you will want to dance!

Conneaut Lake’s Fall Pumpkin Fest is a family-oriented festival, featuring rides, loads of food, crafts, and entertainment. Bring your whole family down to Conneaut Lake Park for a day of fun and excitement. Be there when the Giant Pumpkin drops, and then spend a day of family fall fun. We have Delicious Food, Exciting Rides, and great activities for kids of all ages. Come on down and fall into a heap of fun!

Children 12 and under FREE

Major Morgan
Major Morgan is an acoustic band from Grove City, PA that plays an eclectic mix of classic rock, pop, country, and bluegrass. While this is a new endeavor for the quintet, they are not new to the music scene. Each member brings years of experience, their unique background and talent to the band.

Meeting of Important People
Meeting of Important People is a rock-and-roll-band from Pittsburgh, PA., led by songwriter and singer Josh Verbanets. The band is widely known for its spirited live performances over the past decade, and has gained national acclaim with a body of music showcasing elements of pop, garage-rock, folk influence, and anthemic twists-and-turns.

Two MOIP albums have been selected as WYEP-FM Hometown Releases of the Year (their 2009 self-titled debut, as well as 2016 album TROIKA); they have starred in a heavily-viewed cardboard city music video, and shared the stage with renowned artists such as Ok Go, The Secret Machines, David Bazan, Flamin’ Groovies, Eve6, Dar Williams, and Dean & Britta. Their debut album received vinyl re-release in 2011 by legendary garage label Get Hip, and many MOIP songs have been featured on E’s KEEPING UP WITH THE KARDASHIANS, MTV’s TEEN MOM, THE REAL WORLD, and JERSEY SHORE, and CBS’ THE GHOST WHISPERER, among others– if you listened hard enough.

MOIP promises to keep the loud parts loud, the pretty parts pretty, and the people happy.

Truck Show
A group of local guys who all share the same passion for jacked-up trucks is bringing their show to their hometown.
814 Takeover will begin Friday July 9th with a pre meet from 5p-11p. The show begins Saturday July 10th at 10a and goes on all day until 11p. The fun continues into Sunday July 11th from 10a-11p.
Truck admission for 2 days is $40 and 1 day is $25.
General admission is $15 for both days and $10 for one.

Juvenile Characteristics is a 5-piece acoustic/electric band committed to playing our own original music and our favorite covers. The covers we choose to play are songs that we would want to listen to if we were going to see live music. Our original music is written from our hearts based on our experiences and dreams.
Original members, Jason Hummell, Kris Chapman, and Jason Sample started the band in early 2009 and played together for most of 5 years. In early 2014, they decided to add Mitch Adelman to the mix complementing their unique sound, and in 2019 Geoff Marenchin was added to complete the band. Many changes have accompanied their musical growth over the course of 10+ years including the addition of new instruments, percussion and more intricate harmonies, but one thing has never changed…the shows are fun and atmosphere is always filled with love!!
The live experience is what we thrive on, promoting the peace and love that has shaped our lives. We encourage you to check out a live show, however, in the meantime, we hope this will serve as an opportunity for us to provide you with the musical aspect of the experience with Juvenile Characteristics.